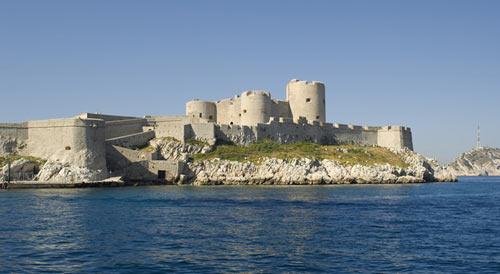 Eurostar is one of the most popular means of transportation for travelers making their way from Britain to France. The speedy trips that the Eurostar trains offer European explorers have always been enticing. However, the company recently made an announcement that will likely make the trains an even more popular option for travelers - Eurostar will be adding three new direct routes in Nov. 2015 to some of France's most visited destinations.

Travelers visiting or living in England can now ride to Marseilles, Lyon and Avignon with Eurostar's high-speed service from London and Ashford. If you're planning on embarking on a convenient weekend getaway with one of Eurostar's new quick and easy journeys, you should know which sites and activities to check out once you're there.

Marseilles is France's second-largest city and one of the most frequented destinations by travelers interested in getting the most out of the South of France's natural beauty. According to Conde Nast Traveler, the Calanques National Park set along the sparkling Mediterranean is a must-see attraction. The park is surrounded by white limestone cliffs that serve as an ideal location for panoramas of the city in the distance.

A new culinary scene has also made its way to Marseilles. One of the best aspects of the city is that it's a melting pot of different cultures, which is reflected in the food options found throughout the destination and in other attractions like the outdoor markets and shopping centers.

Round trip tickets will start at $151 and will take approximately six hours from St. Pancreas to Marseilles' St. Charles station. The train will leave once a day four times a week.

Lyon, although not as popular as Paris or Marseilles, is filled with natural wonders and unique attractions that make the city a one-of-a-kind destination. For example, the traboules are a UNESCO World Heritage Site that visitors flock to for a rare adventure. The traboules consist of a series of underground tunnels that run around and through the city. The passages were once shortcuts for traders and can now be explored with tour groups. Food lovers can also get a taste of Lyon's mouthwatering cuisine, including rare steaks and red wines. In fact, Conde Nast Traveler ranked Lyon the 14th-best food city in the world.

Fodors Travel pointed out that Lyon is known for its youthful vibe, as the city is filled with entrepreneurs. As a result, attractions like the local art scene are worth exploring. If you plan on booking a trip during the holiday season, the festival of lights, Fête des Lumières, during Christmas is a spectacular show that shouldn't be missed.

The trip to Lyon from London is no more than five hours. Prices begin at $136 for a round trip ticket.

The historic city of Avignon offers more than just its timeless charm, it has a vibrant theater scene, which features the three-week celebration of Festival d'Avignon, one of the world's greatest performing-arts festivals. Each year the event features over 40 international dance and drama performances that attract more than 100,000 spectators at different venues. This year's festival will take place from July 4-25.

Lonely Planet noted that history buffs will love exploring the buildings and sites constructed in the 14th century, such as the Papal Palace, which is a UNESCO World Heritage Site. In fact, the entire city is surrounded by a crenellated wall featuring Gothic designs like intricate towers and slit windows.

Although no exact prices have been released for the trip from London to Avignon, it's expected to take close to six hours and cost less than the ticket to Marseilles.