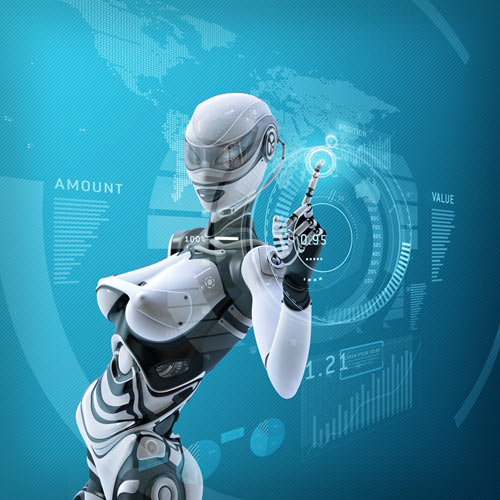 Are you searching for a unique accommodation experience? You may have heard of or even stayed at unique hotels, like the ones featured in iconic movies or resorts that offer full pet services, but would you ever stay in a hotel staffed with robots? If so, you're in luck, as the Huis Ten Bosch, a theme park in Japan's Nagasaki Prefecture, has recently announced that it will open a futuristic hotel for the park's guests - complete with robot bell boys, maids and receptionists.

The Henn-na Hotel, which translates to the Strange Hotel, is expected to open to the public in July 2015 and feature 72 rooms. However, this is only the first phase of the building, as there will be another 72 guest rooms built in the following year.

Huis Ten Bosch's president Hideo Sawada said that his goal for the innovative hotel is to make it among the most efficient available to travelers in the world. According to the hotel website, guests will check in and out at the front of the hotel where they will find the three robot receptionists. However, unless visitors need assistance with anything, everything is done electronically on a machine while the robots stand by for guidance if something goes awry.

Will these electronic employees be capable of helping guests with their problems? CNN noted that these robots are designed to engage in conversation with guests, complete with emotions and very human-like physical characteristics.

In addition to receptionists, there will also be four robots responsible for service assistance, as well as several others for cleaning tasks. Overall, Sawada plans to have 90 percent of the hotel taken care of by robots.

The most futuristic hotel in the world

If a robot staff isn't enough to entice guests, there are multiple innovative technologies that will be featured throughout the resort which set it apart from others across the globe. In fact, many experts believe that these new technologies will make the Henn-na Hotel the most advanced, cutting edge accommodation in the world, according to CNN.

Say goodbye to traditional hotel keys. The Henn-na Hotel uses face-recognition technology built into each room's door before guests can enter. This increases both safety and convenience for travelers, eliminating any chance of losing key cards.

Another unique feature is the tablet service offered in every room. Instead of filling up the space with optional alcohol, coffee and other amenities that frequently go unused in hotel rooms, visitors can request items with the touch of a button on their tablets. After all, a clutter of bath robes and extra towels would only interfere with the room's ultramodern, sleek design. Amenities will be brought up to the room by one of the robot staff members upon demand.

There's no need to fidget with the air conditioner. The rooms will do that for you. Radiation panels will be set up in every guest area to detect body temperatures and adjust the temperature as needed. Both this and the building's reliance on solar power make the hotel sustainable and low-cost. What does this mean for travelers? It means prices are likely to be much lower than most newly opened resorts.

How do you get a room?

Just as everything else about the hotel breaks tradition, so does its booking services. Guests don't receive a set rate when looking for a room, but bid on it instead. Although there's a price cap, for the hotel's first few months of service, bids are expected to meet these caps quickly.

The hotel recently announced that the starting price for a single room will be $60 for a single and $153 for a triple.