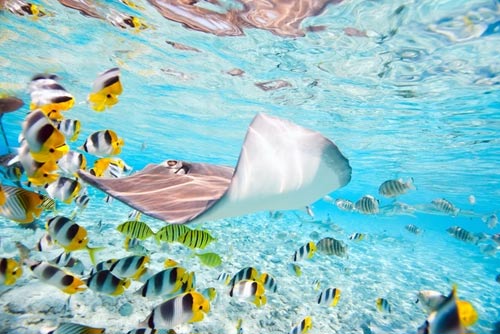 TripAdvisor released its annual ranking of the world's best aquariums for 2014, with the Monterey Bay Aquarium in Moss Landing, California, taking the top spot. Out of the 25 aquariums on the list, 10 were located in the U.S., two of which were in California. The site's list was based on reviews posted by users, who praised the family travel destination's conservation efforts and the diversity of its interactive exhibits and educational programs.

The aquarium features daily feedings, shows and tours highlighting many of its animals. Some of its most popular exhibits include sea otters, sharks, penguins and sea birds.

In addition to animal exhibits and interactive programs, the site holds the Monterey Bay Aquarium Research Institute. Once per year, the research facility opens its doors to visitors to show the public what work the center performs every day, the Santa Cruz Sentinel reported. Visitors can see how staff members record and catalog footage of sea creatures, and how tools are developed on site for use at the institute. At this year's open house, participants were able to build their own models of an underwater vehicle and test them in a pool.

Aside from the one time each year that the facility hosts these visitors, its main purpose is to develop tools and techniques that may further oceanographic research. Using these tools, scientists at the center also carry out their own studies.

Recently, the center's researchers were recognized for making a discovery about the brooding habits of a species of deep-sea octopus. In 2007, during a routine survey of the nearby ocean floor, MBARI scientists discovered a female octopus clinging to a ledge, guarding a group of eggs. Since octopus hatchlings emerge from their eggs ready to gather food and defend themselves, and because the ocean floor is such a hostile environment, octopus mothers have to guard their eggs for a long time. Researchers were unsure of exactly how long that period lasted. MBARI researchers continued to monitor the octopus and found that she remained with her eggs for over four years.

Furthering its conservation efforts, the aquarium also maintains a program called Seafood Watch, intended to alert consumers of the most environmentally sound ways of fishing. The organization rates products by how sustainably they are harvested, promoting those that do the least damage to the ecosystem, according to its website.