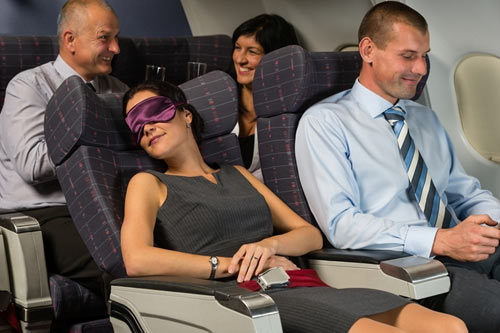 Since 1991, the Federal Communications Commission has maintained a ban on the use of cell phone on planes, arguing that cellular signals may interfere with aircrafts' electronic equipment. However, recent developments have left the status of in-flight calls up in the air.

Last year, the FCC voted to consider allowing cell phones and other electronic travel gadgets to be used in-flight due to changes in aircraft technology, CNN reported. Developments in the equipment used on planes made it safe to use the devices at any time during a flight, making the technology-based ban obsolete. The FCC said that airlines would be under no obligation to provide equipment to facilitate phone calls and would in fact remain free to prohibit them. However, the federal government would no longer consider in-air calls to be unsafe.

Despite the limited scope of the new regulations, some were unhappy with the decision. CNN reported that the FCC received numerous complaints about its vote from passengers who didn't want to get stuck next to a chatty neighbor, but said that it was only allowing, not encouraging the use of cell phones on planes. The Association of Flight Attendants also opposed lifting the ban, saying that it would harm workers' ability to maintain a calm environment on planes.

"I'm the last person in the world who wants to listen to someone talking to me while I fly across the country. But we are the technical agency, and we will make the rules for the way the new technology works," Tom Wheeler, the FCC's chairman, said at a congressional hearing.

Although cell phones have now been cleared of any technological factor limiting their use on planes, the general outcry against the decision may prevent them from being used anyway. The Wall Street Journal reported that U.S. Department of Transportation officials are proposing rules to formally ban phone calls on flights. According to the Journal, any regulation put forth by the DOT would effectively overrule the FCC's statement that cell phones are safe for use.

Although the DOT isn't arguing against cell phones' safety, it seeks to ban them based on the disruption that in-flight calls would cause for aircraft crew and other passengers, the Journal reported. The department has argued that allowing cell phone use on flights may impair the safety of those onboard, or at least create an uncomfortable enough situation for passengers to constitute unfair treatment by airlines.