Delve into samurai culture at Kakunodate 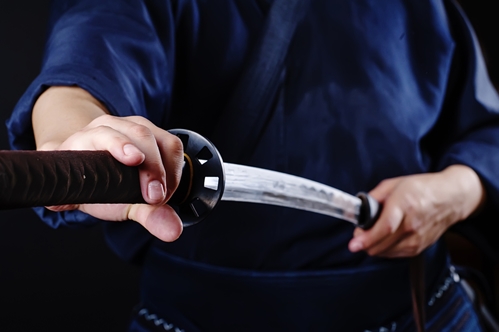 These days, most people think of Kurosawa's 1950s flick "Seven Samurai" when they envision the Japanese feudal warriors. However, if you head to Kakunodate village near Akita, you can explore the culture and habitat of real samurai.

Don't forget international travel insurance when you book your flight to Japan, and make sure to pack a camera to capture the amazing sights.

Samurai were considered some of the highest-class members of society, according to JapanTravel. Since they were given land and possessions by their specific rulers, they were privy to luxuries that most people weren't.

The town of Kakunodate was founded in the 1600s, during the Edo Period when the Satake clan was in charge. Located near the Hinokinai River, it's known for the magnificent cherry trees that fill Kakunodate with beauty and perfume as they bloom each year. According to Japan Tourist Info, these trees were transplanted from Kyoto and have since become part of the regional economy through crafts made from their bark.

Uchimachi is the specific area of Kakunodate where samurai houses were built. Japan-guide.com explained how roughly 80 families once lived in Kakunodate in the collection of manors. According to Japan Travel, there are seven manors within a 10-minute walk of each other that travelers can explore. Although you can't enter all of the antiquated buildings, many of the available tours are free.

Check out the Aoyagi Samurai Manor to see collections of family heirlooms, folk art and antique cameras. There's also the Iwahashi Samurai House, the Kawarada Samurai House and the Nishinomiya House in the area, where tourists can take in the samurai culture. Don't miss the Ishiguro Samurai House, also known as Bukeyashiki, a structure built during the 19th century that houses authentic books, tools, swords, pottery and maps.

The best way to travel to Kakunodate is by train - the village is about a 20-minute walk from the station, Japan Tourist Info explained. Stop by the information center near the train station for English maps. There's an Autumn festival in the town each September, making it a great time to visit.

In addition to the manors, Kakunodate has a handful of museums. The Denshokan Museum and Hirafuku Memorial Art Museum have regional crafts on display, including the cherry bark art, which is called kabazaiku, according to Japan Tourist Info. There's also the Shinchosa Memorial Literature Museum and the Kakunodate Samurai House Museum to explore. Travelers on TripAdvisor suggested stopping by the Ando house for miso soup, fermented soybeans and other traditional Japanese snacks.