Chernobyl: A destination frozen in time 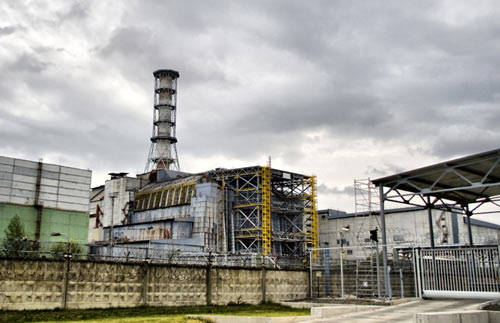 Since the devastating explosion at the Chernobyl power plant in 1986, Pripyat has remained a ghost town. Remnants of abandoned homes and schools are all that's left of what's now referred to as the Chernobyl Exclusion Zone.

While many people like to read about the historic event and its mark on history, others prefer to see firsthand the chaos that ensued after the tragic incident. In fact, Chernobyl is now considered a popular tourist destination.

The facts and figures

The reactor went off just north of Kiev on April 26, 1986, in what was then the Soviet Union. It resulted in the worst nuclear accident the world has ever seen, one of only two classified as a level 7 incident on the International Nuclear Event Scale, killing 31 people instantly. The explosion sent radioactive particles everywhere despite the efforts of over 500,000 workers to close the plant and decontaminate the area.

According to The Huffington Post, after Reactor 4 erupted, holding 200 tons of molten radioactive material, 116,000 residents were evacuated as quickly as possible, but over a thousand eventually returned despite warnings of high radiation levels. Since then there are approximately 120 survivors, while most eventually died from radiation exposure, which can cause serious and often fatal health complications. Although it's impossible to say exactly how many people were killed by exposure, CNN noted that locations as far as Wales saw radiation levels spike, resulting in hundreds of deaths and birth defects all over Europe.

Due to the swift evacuation, many of the homes are still exactly as they were when occupants were living in them because they didn't have time to gather belongings. Wildlife is hard to come by as well, leaving the town as a silent oasis where birds can't even be heard chirping in the spring. Many travelers who have visited in the past have described Pripyat as a city frozen in time.

There are several official tour groups that take travelers deep into the 30-kilometer Exclusion Zone where radiation levels have dropped to a safe amount over the past 30 years. The minute tour buses arrive at the site, there are signs and warnings lining the roads that urge people to not touch anything, including the ground and plant life. Before visitors can leave the city, they're checked by guards with a scanner for high levels of radiation. If their levels are abnormal, they're searched for radioactive dust and cleaned.

Despite these intimidating factors, the destination remains to be a hot spot for tourists. There are even hotels in the Exclusion Zone catering to guests who want to explore the land thoroughly. CNN noted that eerie aspects of the environment, like textbooks left tattered on the ground of empty classrooms and gas masks littering overgrown lawns, are what draw in so many interested people.

"It's the preservation of Communist artifacts and atmosphere that people find so fascinating as well as the sad story behind it," Dominik Orfanus, owner of one of the Chernobyl tour groups, told the news source.

One of the most popular areas in Pripyat is the amusement park that was supposed to open only days before the evacuation. The large yellow Ferris wheel covered in rust is the iconic photograph of the Chernobyl Exclusion Zone, representing a town that was once full of life and energy.

A New Safe Confinement barrier is currently being constructed and will be placed over Reactor 4 to reduce the amount of radioactive particles still spread today. The NSC is supposed to be completed by the end of 2015. Once the radioactive waste is officially contained, Chernobyl tourism is expected to grow even more.